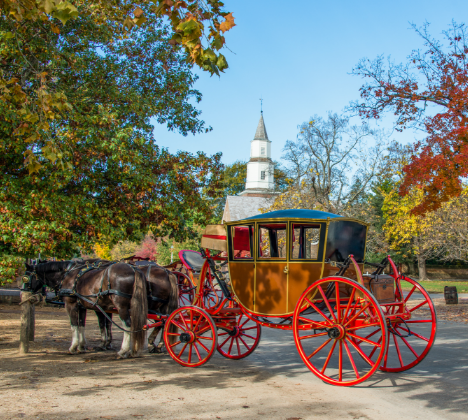 Did you know that Williamsburg is home to the most haunted house in America- the Peyton Randolph House- or that the city was home to the first psychiatric hospital in America?

Did you know Williamsburg was home to the nation's first psychiatric hospital? Or that the most haunted house in the country is located here? Or that it was the site of one of the most notorious witch trials in America's history?

A fascinating and immersive town, Williamsburg is filled with authentic stories and enduring legends of the people and events that gave us a new nation.

Experience the Histories and Mysteries of America's Birthplace

We welcome you to join our Junket Williamsburg Experience for an in-depth exploration of the historic locations, exciting tales, and legendary figures that give Williamsburg its illustrious designation as the foundation of America.

Our expert guides will introduce you to Williamsburg's most famous landmarks and behind-the-scenes locations, with some carefully held secrets and hidden gems along the way. Choose from one of our popular tours:

Join us to explore the authentic stories of America's visionaries and the legnedary locations where our country was brought to life.

Take a Trip Back in Time

Visit the historic colonial town of Williamsburg and step into the pages of a real-life American history book. The city's setting is a living history museum showcasing our nation's beginnings come to life, a meticulously preserved provincial town with colonial architecture and period-authentic reenactors walking, talking, and living out the Colonial Era in vivid detail and taking you on an interactive and immersive adventure back in time.

Live, act, and feel like a colonist yourself as you walk in the giant footsteps of colonial settlers, founding fathers, and presidents who worked, worshipped, and inspired a revolution from the very houses and buildings still standing to this very day. George Washington, Thomas Jefferson, Patrick Henry, and James Madison beckon you to join them on wide streets flanked with ballast-stone paths, original and restored structures, seasonal gardens, and period taverns and shops. The steady cadence of drums and the high-pitched whistle of fifes follows your path down the cobblestones as you immerse yourself in this 18th-century village, where history interpreters and townsfolk await in colonial-style clothing to interact with you and engage in everyday life from over three to four centuries ago.

A Triangle of American History

Known as the "birthplace of American democracy", Williamsburg is located just inland of the Virginia coast and forms part of the state's Historic Triangle, along with Jamestown and Yorktown. It was the thriving commonwealth of a British monarcy where the dream of American indepedence began.

For thousands of years, before English settlers arrived on what would become Virginia's eastern coast, the Powhatan tribe lived along the Chesapeake Bay. Hardy English explorers founded nearby Jamestown as the capital of the Virginia Colony and, in 1699, moved the capital to a fortified settlement known as Middle Plantation, a spot of high ground between the James and York rivers. The settlement was renamed Williamsburg in honor of King William III and became Britain's preeminent outpost.

The small settlement soon grew into the center of political, economic, and social life in Virginia.

Established as the capital of the Virginia Colony, Williamsburg was one of America's first planned cities. It grew from a fort and small settlement into the hub of the state's religious, economic, and social life for over 80 years until Richmond was made Virginia's capital during the Revolutionary War.

"[Williamsburg is] the finest school of manners and morals that ever existed in America."

Williamsburg was a bustling place in the 18th century, with homes, taverns, markets, a church, and even a theatre. Celebrations, fairs, contests, and puppet shows were held on Market Square, and tradesmen such as tailors, wigmakers, shoemakers, and cabinetmakers sold their wares along Duke of Gloucester Street.

It was during this period that colonists began planting the seeds of independence that would eventually culminate in the American Revolution. One of our country's most cherished documents, the Declaration of Independence, was first publicly proclaimed here in July 1776.

The dream of American sovereignty begins to take shape.

It was in Williamsburg that the fundamental concepts of our republic- individual liberty, public service, responsible leadership, and self-government- were developed under the leadership of patriots such as George Washington, Thomas Jefferson, and Patrick Henry. In 1781, General Washington assembled the Continental Army in Williamsburg for the siege of nearby Yorktown, paving the way for the winning of American Independence.

From Revolution to Restoration

The town began to decline during the 1800s, and in the early 20th century, the Reverend William Goodwin began and preservation and restoration effort to bring Williamsburg back to its colonial roots and cement its historical importance. With the financial backing of John D. Rockefeller, Jr., Colonial Williamsburg was established, with more than 80 structures carefully preserved, including the governor's residence, courthouse, and taverns.

Colonial Williamsburg is the largest living history museum in the world, where several hundred restored and recreated buildings situated on more than 300 acres of land set the scene for a dramatic, walk-through living history show. Its rich history dating back to the very beginning of America makes it a landmark in the national preservation movement.

Today's visitors to Williamsburg will find a mixture of historic preservation and modern attractions creating a perfect balance of past and present in this bustling college town. The vibrant community of the College of William and Mary blends seamlessly with the backdrop of an 18th-century colonial village in all its authentic glory.

"The the renaissance of these physical landmarks [in Williamsburg], the atmosphere of a whole glorious chapter in our history has been recaptured. 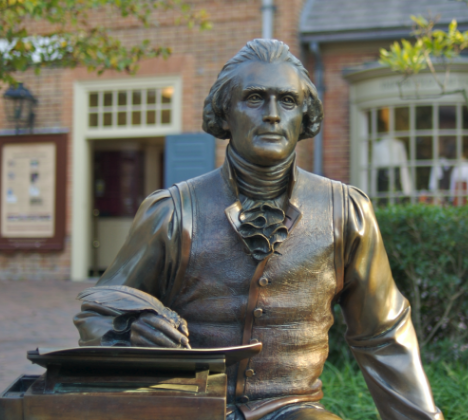 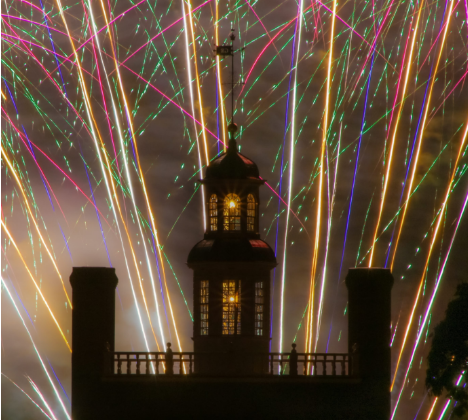 A preference for tradition resides side-by-side with youthful energy and forward-facing growth. Whatever side of the timeline you embrace, a few things remain constant in Williamsburg- and appreciation for food and drink, culture, shopping, and entertainment.

The Best of Colonial Williamsburg

Named one of the top cities in the United States to see, stay, and play, Williamsburg is known for its preservation of America's colonial history as well as modern attractions like bike trails, sailing, amusement parks, iconic golf courses, and a tasting trail for local breweries, wineries, and distilleries. Here are just a few of the unforgettable places to visit while in Williamsburg: